Since this is my first EXPO related article within this Blog, I’d like to make it count even more in order to get your attention for what is yet to come -> a thorough disquisition about this years world fair in Milan, its theme, ideas and (mis)conceptions.

The EXPO has long been an area for cultural, technological and economical exchange among nation-states, which – to some degree – is also visible in its various exhibitions, while it delivers an entertaining environment for all its visitors. EXPO Milano 2015 stays true to this promise of entertainment, though not always as planned.

At its official opening day the event was already facing huge civil protests within the inner-city parts of Milan (see here), which is probably one of the reasons for the heavy presence of Italian police (“Carabinieri”) and military (“Esercito”)  in and around the area.

Nevertheless the EXPO looks its part, leaving no doubt that everything is going as planned. With slightly above 40° Celsius thousands of people found its way to the EXPO site in the far north-west of the city, especially in the late evening (probably due to the cheaper ticket-fees).
Though smaller than Shanghai 2010, not only regarding the number of exhibitors but also and most certainly that of its visitors, and the overall space, it certainly had my attention as soon as I sat foot on the site and would keep me interested for the first seven hours I spent there.

From the West entrance I made my way through to the East entrance, thereby visiting the pavilions of Brazil, Argentina, Nepal, Hungary, Austria, Iran, USA, China, Azerbaijan, Spain, Mexico, as well as many “Joint Pavilions”. (The latter term was used at the EXPO 2010 for smaller Nation-State Pavilions combined in one bigger building, though it not fully applies to Milan, as every Nation has its own Pavilion, they have certain similarities e.g. their appearance and are to be found next to each other.) e.g.: Uzbekistan, Myanmar, Cambodia. All of these display a certain degree of simplicity, especially compared to non-Joint-Pavilions. Most of them featured a wild mixture of traditional culture and food, while offering both for sale.*

In part this is what many if not most of the exhibitors did, at least on first sight. Food is clearly the main focus of this Exposition and offered at any Pavilion and street corner, “culture” on the other hand is an EXPO trademark since the early beginnings, and it still seems as if ethnographic depictions are  an applicable modus operandi. 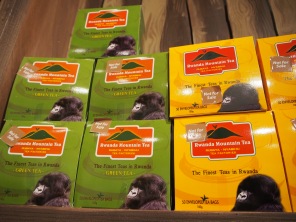 What – at least to me – seems telling as well are the exhibiting cities of EXPO 2010 and 2015: as both Milan and Shanghai can be seen as highly commercialized cities on the global landscape. In a way this certainly fits what the EXPO stands for, as also the EXPO Bureau states:
“An Expo is a global event that aims at educating the public, sharing innovation, promoting progress and fostering cooperation. It is organized by a host country that invites other countries, companies, international organisations, the private sector, the civil society and the general public to participate” (cf. BIE 2015).

I’ll go into more detail regarding the various exhibitions within my next posting at the end of this week.

Since this is the first of many trips to the EXPO within the next three months, I am still excited about what is still to come. This Blog will be updated weekly, so I hope you’re as interested as me to learn more about this world.

*Appendix: This years “joint pavilions” are accumulated to thematic “clusters”, which will be discussed in a separate article which is still to come (probably this or next week). If you’re interested you find more about the clusters on the website of EXPO 2015 (see here).